As a pianist, I am committed to performing music with authenticity and depth. In my preparations for a new piece, I engage in a thorough and analytical process, seeking to understand the context in which it was written, the intended audience, and the composer’s specific instructions as indicated in the score. One aspect of this process that I place particular emphasis on is the original speed and rubato of the piece, as these elements are often overlooked in performances. I strive to present the music as if it were being heard for the first time, even if that means making unconventional interpretive choices.

I have a particular affinity for demanding, virtuosic compositions, as I believe they can hold the audience’s attention through their energetic and expressive nature. Ludwig van Beethoven and Fryderyk Chopin are my favorite composers to study and perform, and I have spent significant time studying their works in depth. In addition to these two composers, I enjoy exploring the works of a wide range of composers, from Johann Sebastian Bach to Oliver Messiaen and beyond, including contemporary authors. I particularly enjoy introducing lesser-known works by composers such as Charles-Valentin Alkan to my audiences.

In addition to solo performances, I also enjoy collaborating with other musicians in various ensemble settings. This includes my role as a pianist in the Piano Trio called Trio Tomodachi, which includes violin and cello, as well as other collaborations with musicians of different instruments and ensemble sizes. I invite you to follow my musical journey and listen to my performances on this site and on my social media platforms. 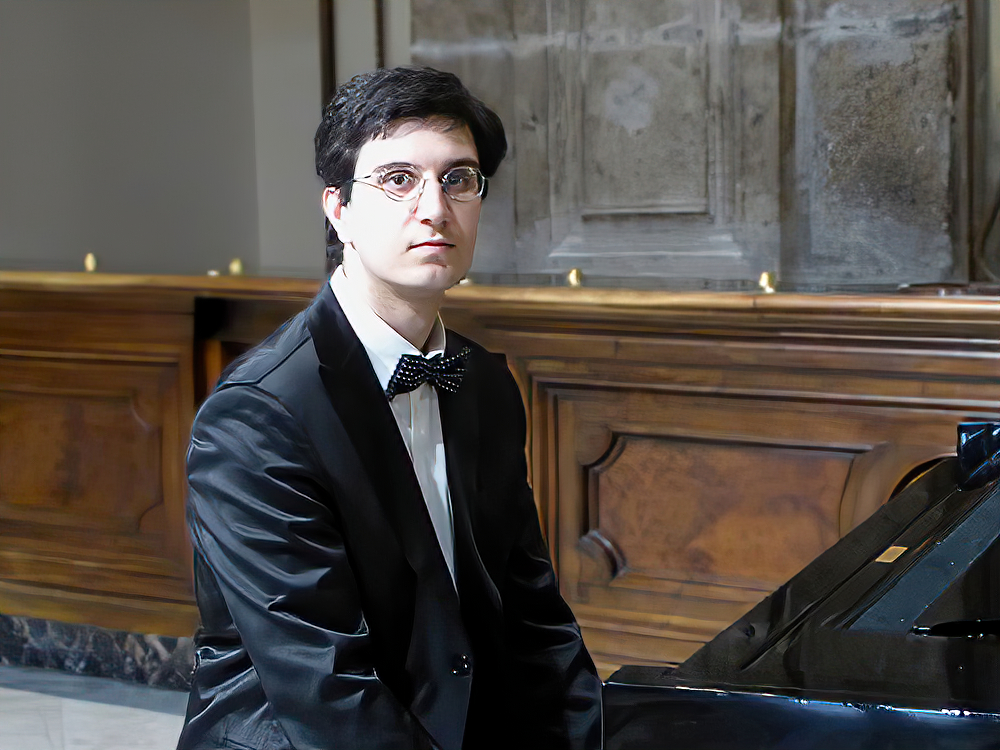 As a classical pianist and composer, I have been dedicated to my musical pursuits from a young age.

Born in Salerno, Italy in 1997, I began studying piano at the age of three and composing at the age of 12. In 2022, I received a Level II Academic Diploma in Composition with a focus on contemporary music, with distinction, from the G. Martucci Conservatory of Salerno under the guidance of Mº Giancarlo Turaccio. In 2017, I received my Conservatory Diploma in Piano with distinction and special mention from the same institution, where I studied under Mº Maria Rosaria Falzarano.

Throughout my musical journey, I have had the opportunity to participate in masterclasses and receive guidance from notable figures such as Giancarlo Cuciniello, Igor Cognolato, Helmut Lachenmann, Pierluigi Billone, Andrea Lucchesini, Alexander Hintchev, and Giorgio Sanguinetti. In addition to my solo performances, I have had the privilege of collaborating with ensembles and other musicians, including as the pianist of the Trio Tomodachi and as an assistant to Mº Ilie Ionescu, former first cello soloist of the San Carlo Theatre Orchestra in Naples. I have also made specific philological insights into the works of Ludwig van Beethoven through my collaboration with Gabriele Riccobono.

I have had the opportunity to perform at prestigious cultural venues both in Italy and abroad, including the Galerii Sztuki Dwór Karwacjanów in Poland, the Miramare Castle in Trieste, the Auditorium Gazzoli in Terni, and the Teatro San Carlo. In addition, I have participated in various other events of international appeal. As I continue my career as a classical pianist, both as a soloist and in chamber music ensembles, I am committed to staying current in my studies through masterclasses and other opportunities for growth and development.

My digital recordings, for Vyolet Srls, are being distributed with Classical Tunes on: Apple Music, Amazon Music, Youtube, Spotify, Deezer and Tidal and other music platforms.

In the following links you will find: my updated Curriculum, my editions for IMSLP and my socials.